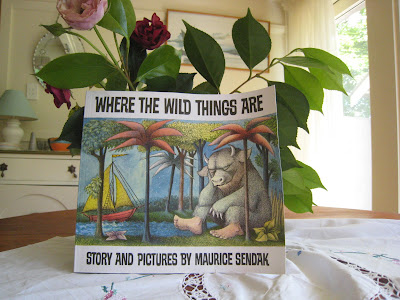 One year ago today we went out with friends for woodfired pizza and then to see the movie based on the book above.  I felt well, but baby was very active.  I just could not get comfortable during the screening but thoroughly enjoyed the story and amazing set and cinematography.

I was 39 weeks pregnant.  I was wondering if I would go overdue.  The last week I had been busy having only finished work one week ago. Nesting, cleaning, yoga and spending time at the beach with my dogs.  Marty was working hard landscaping in the hot sun.

Earlier in the day I had some acupuncture.  It had been recommended by my midwife.  The practitioner Melissa thought I was pretty close and changed her approach, mentioning it may help get things going.  I was not in a rush.  I thought I could do with more time.

After farewelling our friends we drove home and Marty mentioned he really didnt wont to go to work the next day. He was really physically tired.  He went to bed straight away.  I was pottering for ages and then at 1.30 am decided I should sleep.

I sat down on the side of the bed and felt a really strong pain that gripped me.  It lasted about half a minute.  I laid down and gazed out the window.  Five minutes later it recurred.  I had been experiencing Braxton Hicks contractions from about 20 weeks.  This was different!   After a few  similar  I got up and started packing the bag.  I had not yet done that.  Chester was following me everywhere.  Marty was still snoring away.

Forty minutes later the contractions were coming every 3 minutes and lasting about 40 seconds.  They were so intense I could not talk.  I was kneeling on the rug on the kitchen floor in a yoga pose with my arms out stretched.  The intensity in my lower back and groin gripped me.  Marty woke up due to my moaning.  He yelled out, "Is this it Jill?".  I couldnt really speak.

We rang our midwife.  Yes it was time to come in.  The contractions were now lasting a full minute, 3 minutes apart.  I had been involved in an antenatal midwife programme at Gosford Hospital where we have the same midwife throughout the pregnancy.  Lindel though was infact the second midwife as My first Anne Marie was on her annual leave.  I had thought about having a home birth.  But it came down to affordability, and actually our house was only half functional with  a stripped out loungeroom.

I really didnt know how I was going to get into the car.  The drive  to the hospital takes about 30 minutes.  We set up the dogs on the verandah, bundled ourselves in the car and set off.  I was lying on the back seat, sitting up over the child restraint.  The drive in was surreal.

Upon arrival and meeting with Lindel, she confirmed the baby was still posterior but I was in fact already 6cm dilated and well effaced.  It was now 4am.  I had no real formal birth plan as such.  Like always, go with what feels natural and right at the time.  Lindel suggested we go into the shower. The relief from the warm water on my back was immediate.  I needed Marty there all the time.

I had accepted having a student midwife with me as I was a student once.  Justine was called from her home.  We had got to know each other over the last few appointments.  It was in fact great having here there as well.

We ended up staying  in the shower.  It seems like so long ago now.   Memory is certainly fading about the details.  I remember loosing the plot a bit, probably was in transition.  I remember feeling on the edge of a precipice and fearful of the next stage, almost too scared to become a mother.  The pain did get too much for me and I really thought I could not go on.  Baby's heart beat via the doppler was spot on.  My waters had not even broke yet but I felt I was ready to push.  So I did.   I let it roar.  But it was hard work.   My waters broke just before giving birth.  Babies head was right there I could feel.  I was sitting on the birthing stool, still in the shower.  Lindel then said  he had been there too long and I needed an episiotomy to get him out.  I remember shouting "Oh no".  But then with another push he arrived face looking up at me , pink and screaming with life.  I picked him up in my arms between my legs and hugged him tight.  Yes  baby boy!


It was the hardest but  most amazing day of my life.


After all having a clean up shower, we laid down for our first breast feed.  I needed I few stitches  so baby Che had a bit of an explore around to find the nipple.  I felt so much love and warmth.

A truly beautiful story of birth. Happy Birthday Che! Congratulations on the first year of parenthood.

What a lovely story, did you relive it as you remembered? I don't think there is a perfect birth plan but yours would have to come close if there was and that happy/exhausted photo of parents and child will be precious for Che to look at when it is his turn to become a parent if he chooses to do so.
Merry Christmas,
Hugs Vicki

Thank you for 'finding my blog' now I have found yours...such a beautiful birth story and outcome... Denyse X

deux chiens et un garcon
NSW, Australia
Jill to most, Jilly to some and Jillian mostly when I am in trouble. Taking time out out to record the little things of life. I find this is a place I can concentrate on the positive. I am a working Mama, but dream of staying at home, baking cakes, sewing bunting and crochet. I love to draw and dabble in watercolour. I am learning to take better photos. I really need to do yoga again but find it hard to find the time. I love things from the year I was born. I cherish the connections this space has given me.

to make every day memorable

For our son Che. A pledge to make our life happy, safe, low in footprint and full of grace, joy and gratitude. Thanking you for dropping by....... 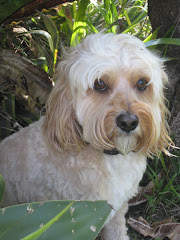 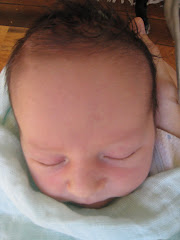 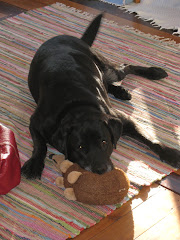